Samples from the New Factory, (Design) Patent Pending! & Other Updates 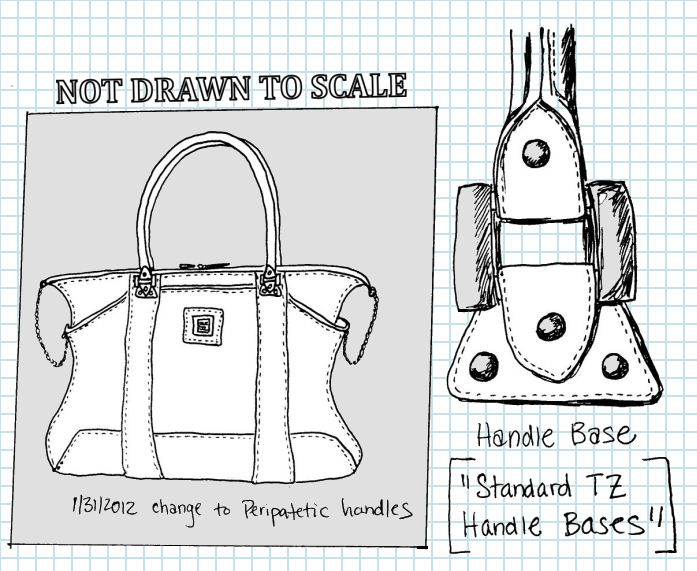 In our search for a new factory, we’ve been making samples. This post will showcase a set of the odd ones out. If you’ve been following this blog for some time now, then you have an idea of what each of these bags should look like. Or check out the regular website, www.tarynzhang.com.

So there is no point in posting the samples that came out well, the ones that look identical to the previous batches of inventory. No. Instead, this is a post about failures.

First up, a pretty big flop:

You have not seen this one before. It was a new design I conceived of in December, an utter failing flop of a design. That’s right. It’s ugly. It is an unequivocal manifestation of my failures as an amateur designer. And I’m posting it on my blog.

Last Saturday I heard this fellow Frans Johannson speak at a conference about innovation, technology, and social change, called “The Intersection.”  (It was held at Pixar Studios, by the way, an amazing venue.)

I cannot properly recall what he said or how he said it (which was so stirring and powerful), but essentially, Johansson talked about the many failed paintings of Picasso that no one sees or ever mentions, the many failures of all the great minds and brilliant thinkers, but how it was those failures that helped them stumble upon their genius successes. What distinguishes the successful innovator from the rest of us isn’t her mind; she doesn’t come up with “better” ideas than us– it’s her courage to fail. The successful innovator is the one who isn’t afraid of failure.

That was my long-winded way of saying yeah, I failed miserably with that design, but I am not going to be ashamed of it. Not everything I come up with is good. So what?

Now. Not all failures are mine. Here is an amusing sample of The Executive satchel brief that came back from one of the factories: 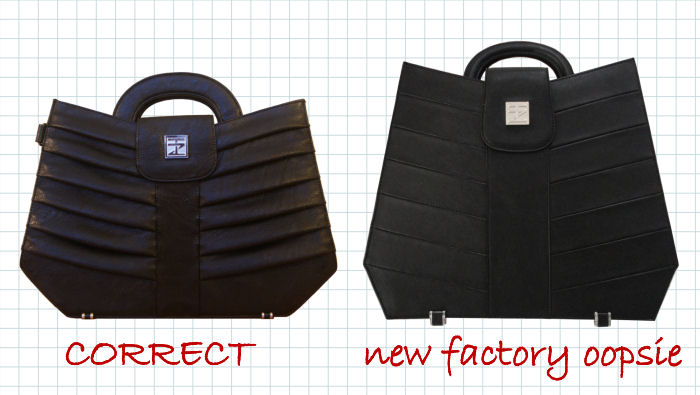 The Executive in black on the left (labeled “CORRECT”) is what it’s supposed to look like. That’s an image of a previous sample from a previous batch of inventory. I sent the same exact set of design briefs to this new factory and even sent them photographs of the correct version and still I got what you see on the right (labeled “new factory oopsie”). Um, yikes. How did that happen!?

Not only is the silhouette and lines of the bag all wrong (and wrong hardware as well), but they didn’t even create the pleats for the bag as I had instructed in the briefs. I had given instructions on how to create those pleats. Instead, they simply sewed those lines as seen in the “new factory oopsie” image. 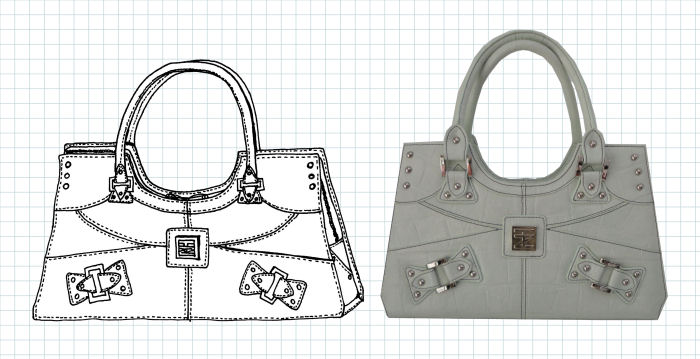 The Peripatetic bag has gone through so many versions. So. Many. The one made by this factory is pretty good. I like it. Except it’s a little… I don’t know, squat or something. The intended silhouette should be slightly more elongated, like the black and white illustration you see above to the left. It doesn’t even need much, just an inch or two on the length and it would be perfect. Well, no. Also the handles are a little thicker than I would like. Just those two points, though.

As I mentioned in the previous post, I’m now designing for another designer. In fact, I’ve just been named his company’s new creative director! Isn’t that fun? And I have dived right into work sketching for his 2012 collections. =) He’s made a name for himself in many countries across Asia, but not yet in North America. He’s a recent transplant to Vancouver, and I’ve been brought on to help him develop his label in the west.

At first I was hesitant to join because all his handbags use genuine leather. Lambskin, calf skin, croc, python, you name it, he’s used it. You know my stance on being cruelty-free. Ultimately, I decided this was too great an opportunity and experience to pass up. I know. I’m a sell-out. =( In any case, I figured as long as Taryn Zhang New York remains committed to vegan leather, I can make peace with myself. =)

I can’t wait to give you all more information, but that is to come soon enough, if all pans out as well as anticipated. In the meantime, I can show you two of his past season handbags, above. I *LOVE* love love these two styles, totally adore them.

My main critique of his past lines overall is that there was no cohesiveness, no concrete point of view. Some of the designs, like the two I pictured above, are simple, elegant, and classic. Others are crazy, with fur, leopard print, and bells and whistles, totally wild stuff, designs that make me go blegh. His rationale is that he’s been more of a trend follower, going for marketability. So he keeps a hawk’s eye on what’s going to be “in” next and inspires his designs off that. That is not my approach at all. Fortunately, he respects that and has given me a lot of leeway as creative director. =) Seriously, I can’t wait to share more.

The day job has been busy, so that has left little time for concentration on this blog. Although I haven’t been blogging, I have certainly been working away at the TZ project. =) In fact, I am now officially “patent pending.”

Yeah, yeah, I know what people in Silicon Valley say about design patents versus utility patents. In most respects, I agree with the silliness of design patents, except when it comes to fashion. It makes sense in this industry. 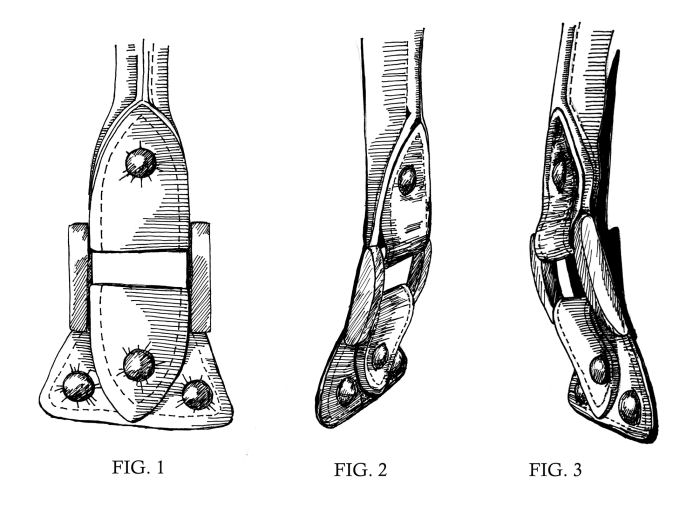 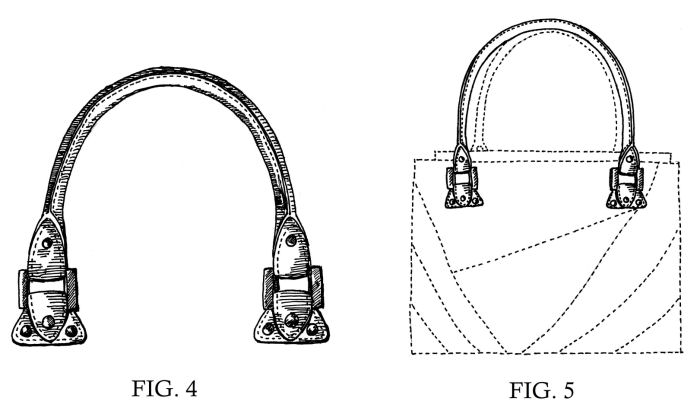 Granted I have no idea whether I filed the design patent application correctly, but I figured I’d just play it by ear. The above was the first time I ever did technical drawings for a patent app. Total DIY here, ladies and gentlemen. We’ll see what happens. =)

Here’s what the patent pending handle base design looks like in context:

Visit us at www.tarynzhang.com.
View all posts by tarynzhang →
This entry was posted in Business Development, Collection, Design Conception, Learning Curve, One Step Closer, Progress, Sketches SW. Bookmark the permalink.